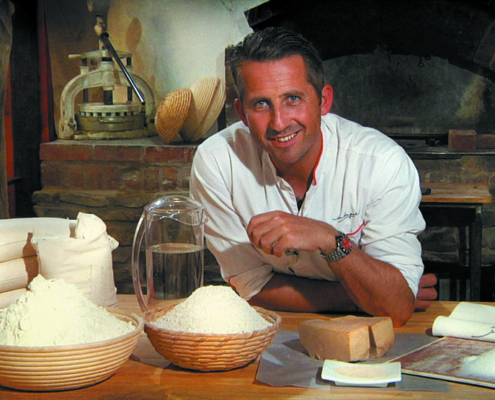 After the success of “Bread”— which demonstrated how to make classic artisan breads — Markus wanted to make a second, more ambitious “bread class” on film, with the same team: filmmaker Michael Chèze and co-producer Debbie Gunter. He decided on two southern European wheat breads: the baguette, an “urban bread” demanding the utmost skill of the artisan baker, and the ciabatta, a “big country loaf”, which presents its own challenges. 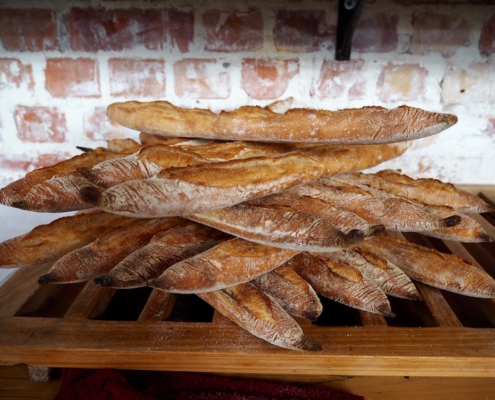 Markus wanted to create a “masterclass” which would have value for professional bakers and for serious baking enthusiasts alike. In “Baguettes & Ciabattas”, he shares detailed techniques and essential principles – distilled over decades – to equip viewers with a higher level of mastery and of insight into the world of artisan bread making. The two hours of rich and comprehensively filmed, step-by-step demonstrations offer an elaborate understanding of artisan techniques and shares methods in the 300 years old Färbinger family tradition. 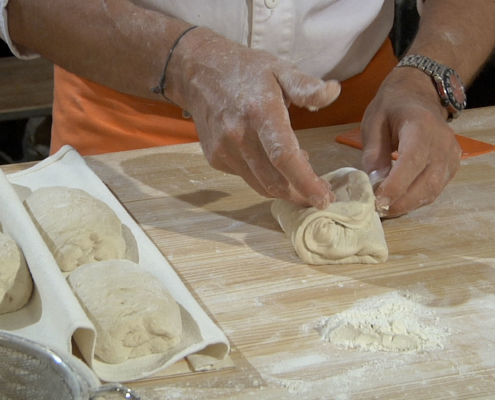 Markus’s intention was also to give the home baker a way of achieving a bake that resembled that of a wood-fired oven. He spent many months testing and researching how to make this possible, and finally came up with a unique set of tools including the innovative T-steam bar and steel baking plate, which he uses in “Baguettes & Ciabattas with Markus Färbinger”. 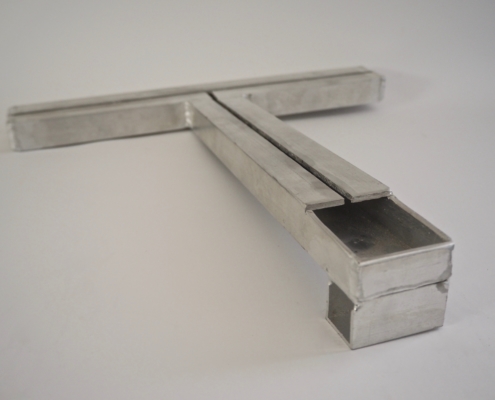 To do justice to the level of Markus’s art, Michael wanted the filming of the demonstrations to be beautiful, of a high quality, and to show each step of the bread making process in clear, detailed, high definition. To achieve this, he would use a variety of shots, angles and lighting that would best capture what was going on at each moment. The big challenge was this: he had only one camera. 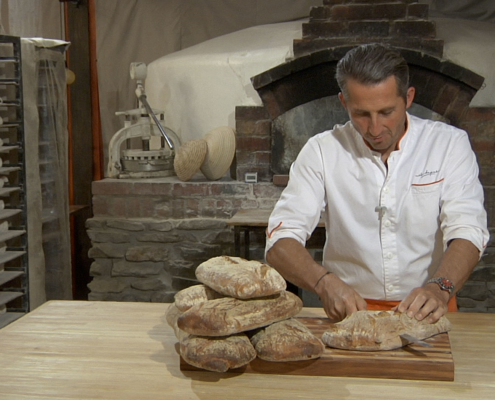 If you watch “Baguettes & Ciabattas”, and work out at each point where the camera must have been, you might get a glimpse of the logistical challenges that he and Markus were up against! Dough waits for no man, as Markus would quip — while Michael would move the rather unwieldy camera as quickly as he could. They soon found it easier, though time intensive, to set up the camera in one place throughout each different stage of the demonstration, and then to film that same stage over and over with a number of separate batches of dough, each from a different angle. This would mean many months of mind boggling, precision editing and post-production. In the final stages of each bread demonstration, they filmed only one set of dough, continuously, being shaped, doing its final fermentation, (scoring in the case of the baguette), going into the oven, and coming out of the oven for assessment. 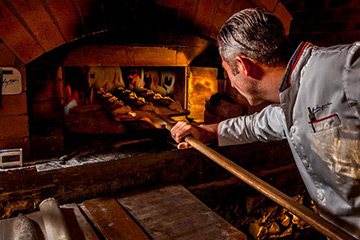 The team could film only after hours. This meant moving things around at île de païn and setting up lighting in the early evening. Filming would commence from about 7:00 or 8:00 p.m., usually until after midnight and sometimes as late as 3:00 in the morning. Markus would work at île de païn during the day, while Michael viewed the rushes and Debbie roughly “scripted” what they would film the following evening. It was a test of physical and mental resilience for them. There were moments of great fun, too: especially when Markus made a gaffe on film, and they would all be convulsed with laughter. 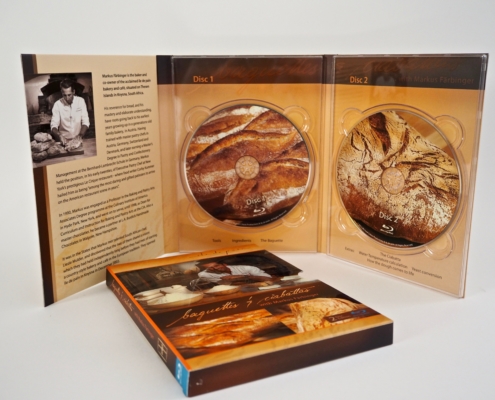 In viewing “Baguettes & Ciabattas”, the viewer is invited to enter Markus’s most personal baking space, in front of the wood-fired oven he built at île de païn, and learn how, without great outlay in specialised equipment, one can recreate the environment of a professional bakery at home to achieve groundbreaking results. The committed work of the team has captured on film the detail, character and the beauty of Markus’s work and so truly honours the ancient art of baking bread.

Watch a trailer, rent or purchase the series online

Buy the Blu-ray DVD from our web shop

Check out our range of innovative tools for the home baker

Living at the Speed of Life 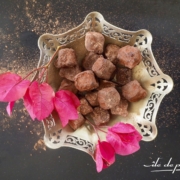 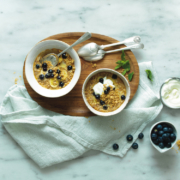 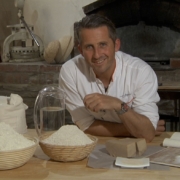 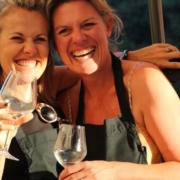 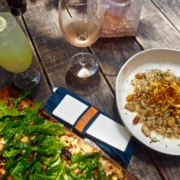 A Perfect Pairing | The îdp Wine List
The Apprentice

Nourishing the next generation
Scroll to top